In the 1960s, the management and workshops of Rolex SA moved into an elegant eight-storey building on stilts in the district of “Les Vernets". Twenty years later, a first then a second extension have been installed on either side of the narrow, fascinating tower accommodating the brand’s watchmakers. Early in 2000s, new works harmonised all the buildings on the site by enveloping them in a double skin of glazing: in black for the extensions and green for the original tower. The latter was raised by four floors and the areas around the central core were enlarged in order to improve circulation, partially filling the connection between the two office “blades”. General management, initially installed on the ground floor, which became a vast lobby, is accommodated in the upper floors. The entrances are modified to meet the new needs. In the background, linked to the existing building by a connecting corridor, a new extension, dedicated to manufacturing workshops, was added. It adopts the characteristics of the production site already designed by the architects in Plan-les-Ouates, that is to say a regular structure on pillars, technical distribution cores, “laboratory” type rooms, an automated storage and conveyance system, a circular rooftop restaurant and facades in tinted glass. The transformation and development of the site required to privatise a section of the street Le Royer. 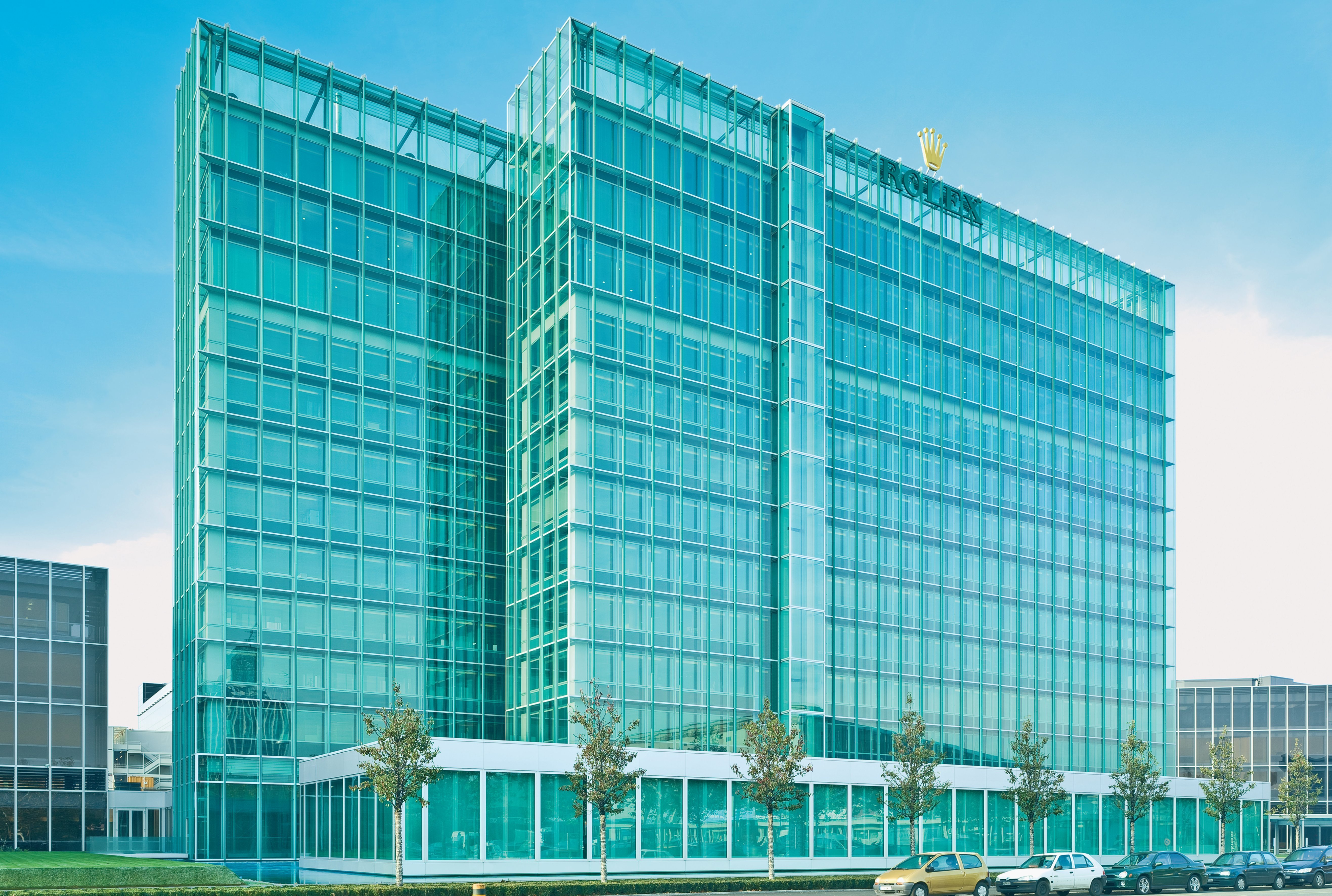 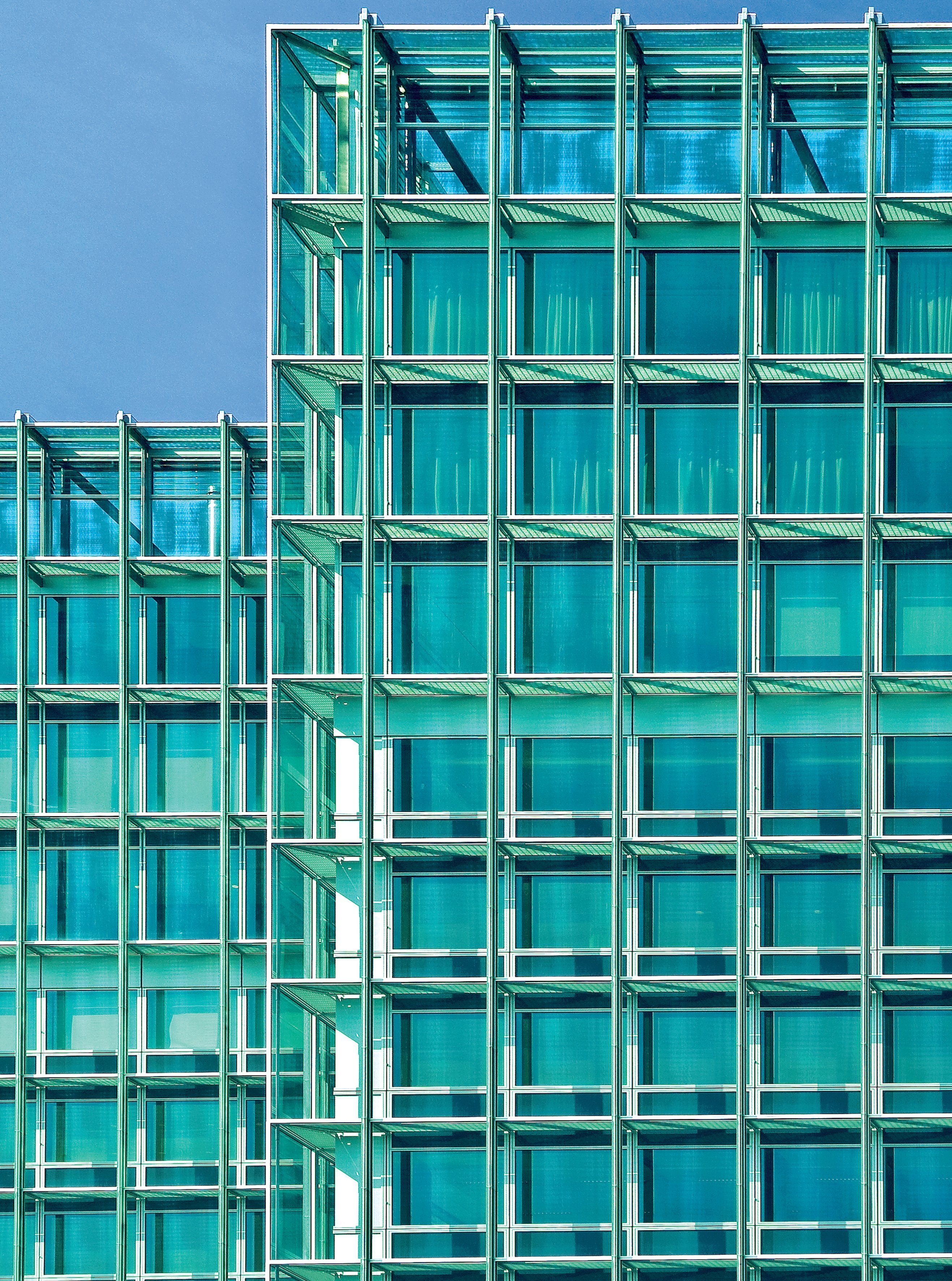 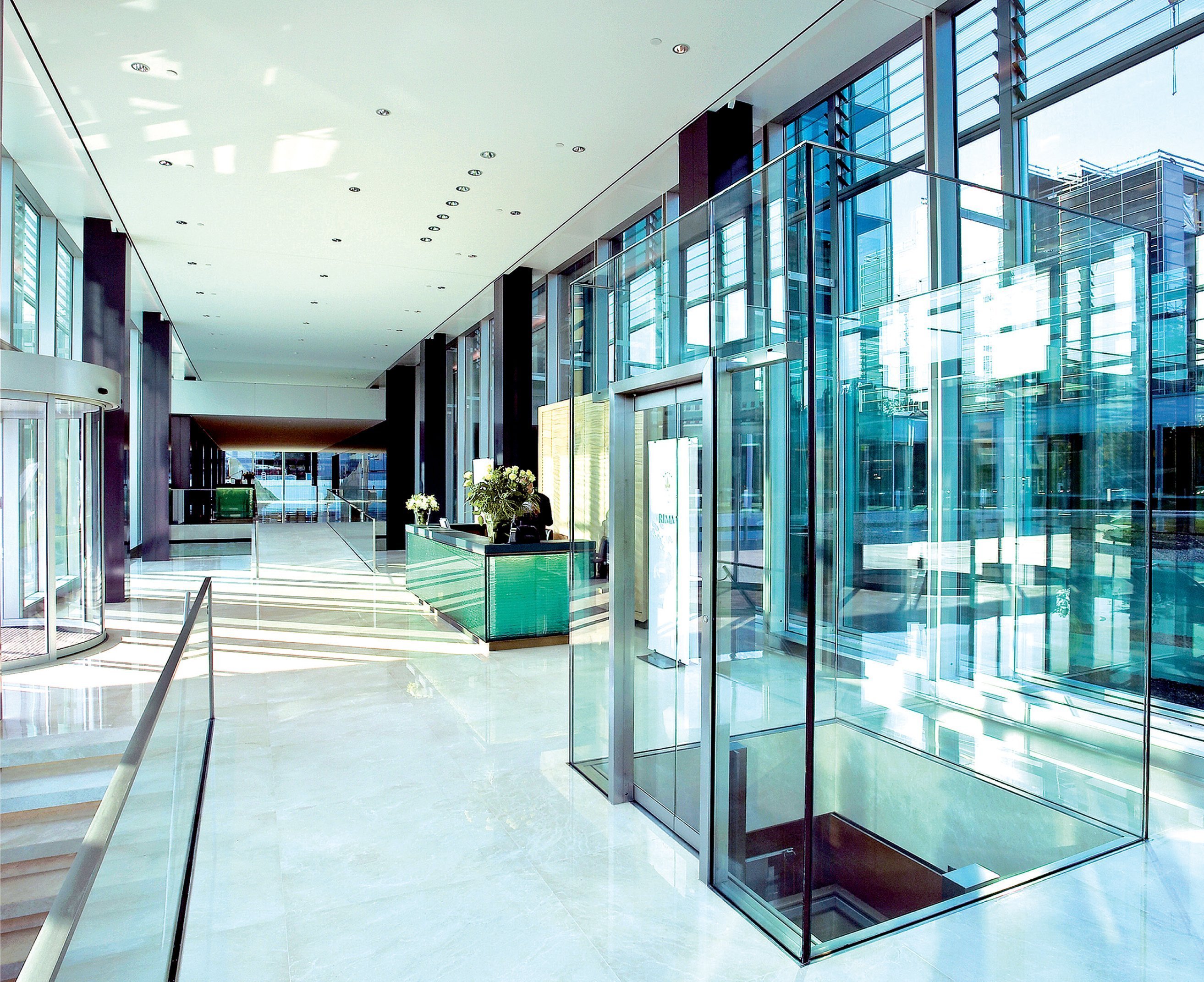 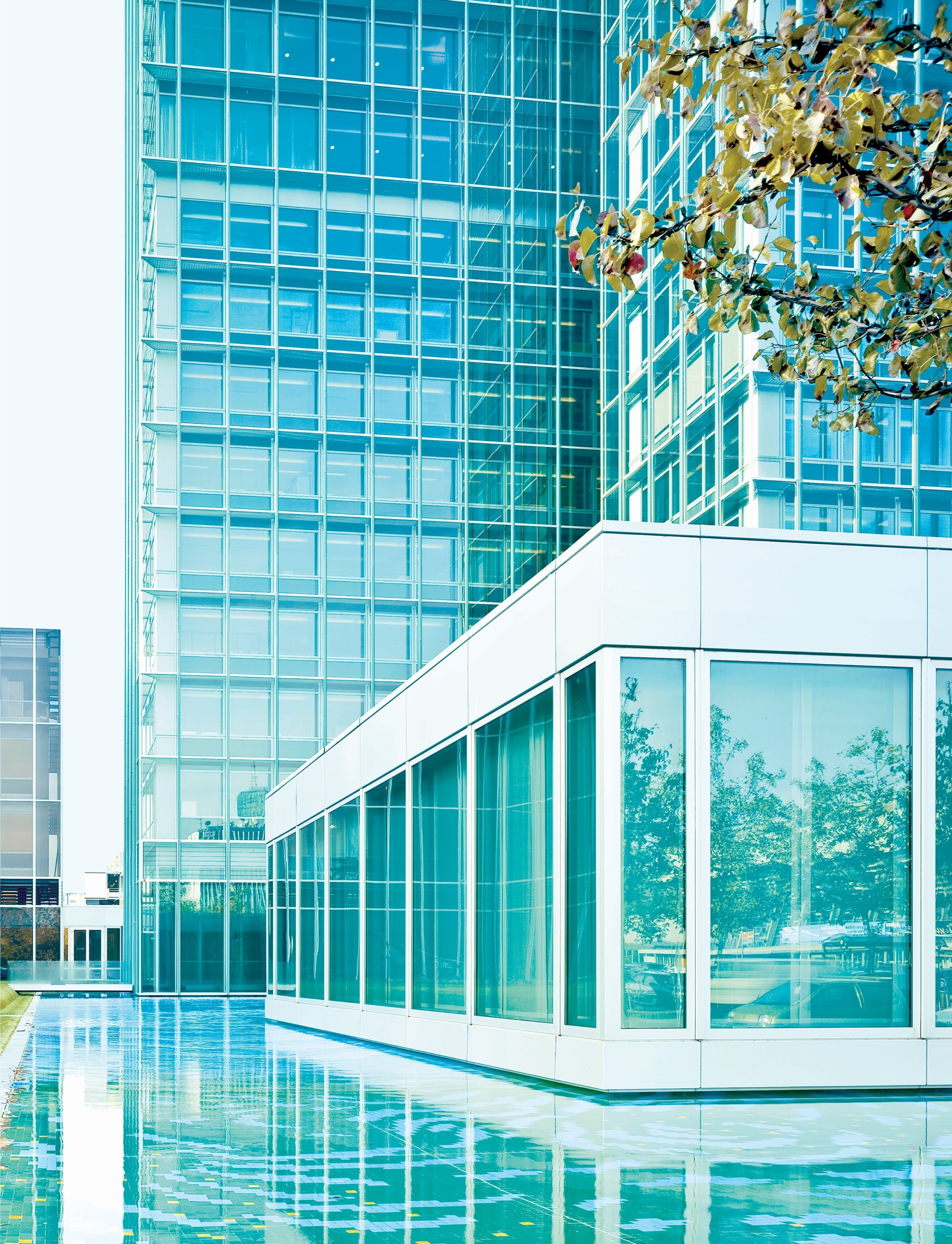 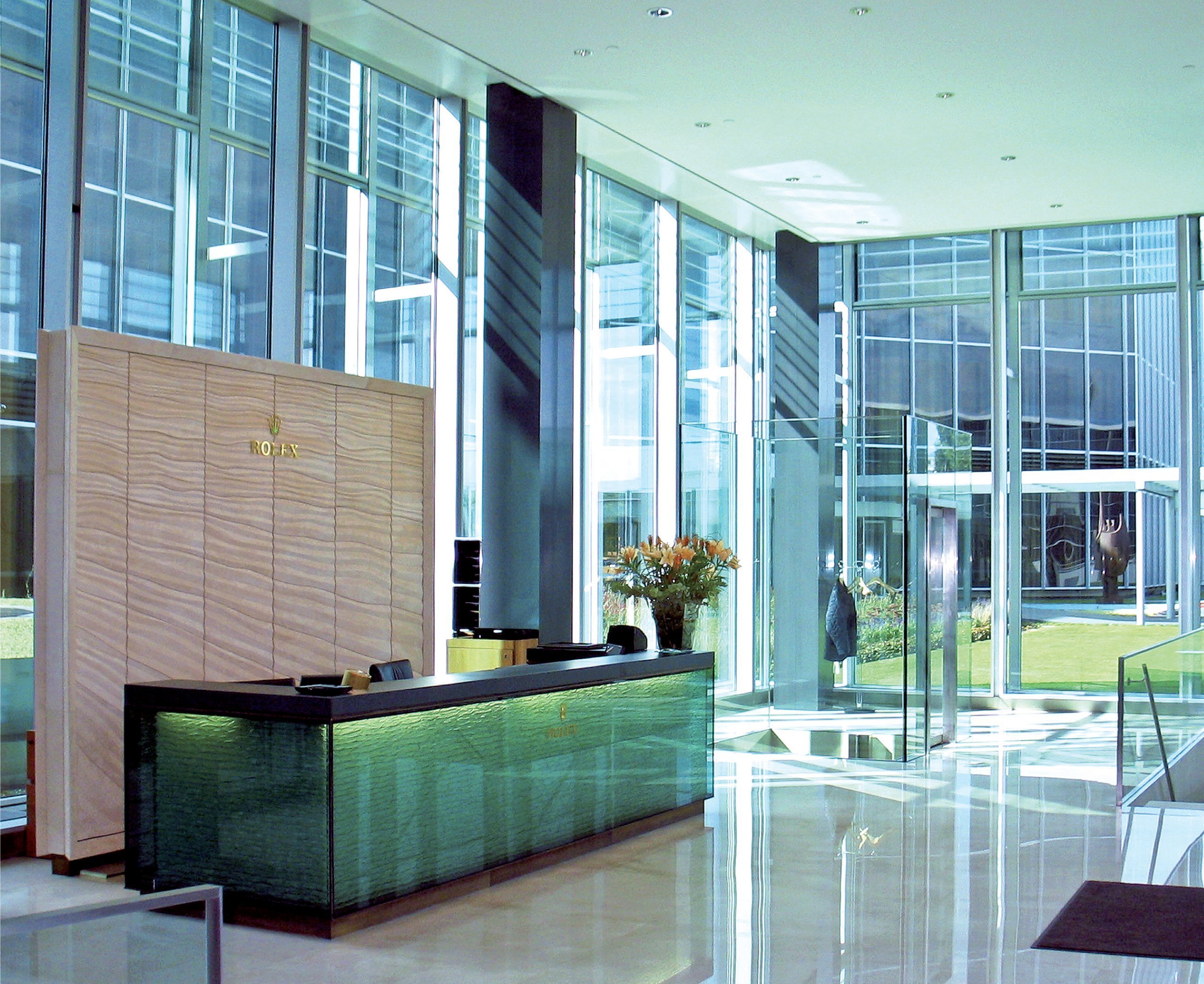